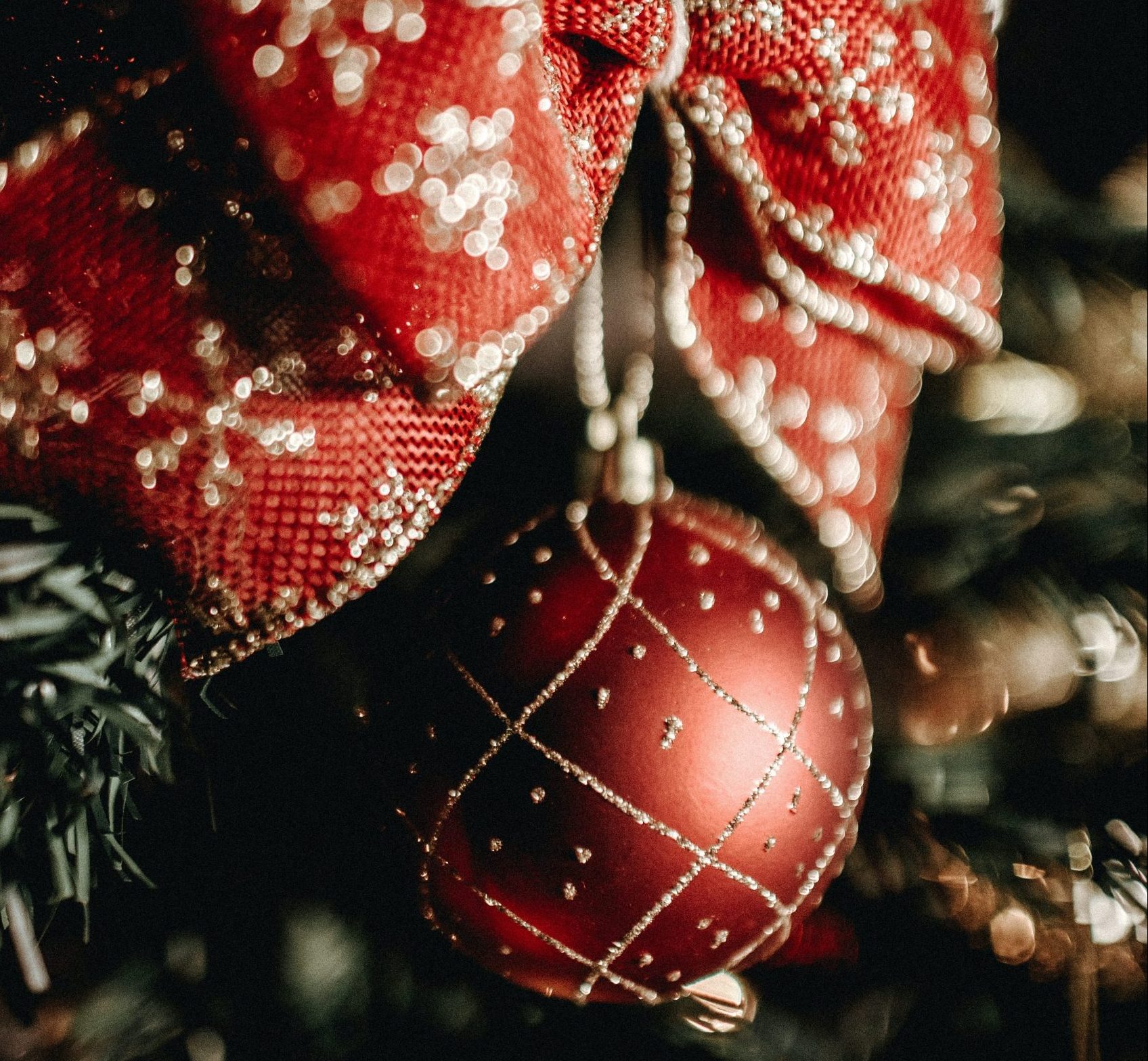 Held the first Sunday of December, Branson’s Adoration Celebration and Parade will take to the streets yet again for their 72nd Anniversary in Branson, MO! The traditional parade kicks off with the lighting of the largest Nativity Scene in Branson located on the bluffs overlooking Lake Taneycomo. After the lighting, a wonderful holiday parade begins by the Branson Convention Center and moves through the historic streets of Downtown Branson and Branson Landing Blvd.

The parade will feature a collection of high school marching bands, church groups and/or local organizations with decorated floats, carolers dressed up in traditional garb, and some recognizable characters such as the Grinch and Ole Saint Nick. This year, the parade will start at the South parking lot of Branson’s Convention Center and circle through downtown. From there, parade participants will mosey along Branson Landing Blvd and circle back up at the Branson Convention Center Parking Lot.

In the past, Branson’s Adoration Celebration and Parade has welcomed up to 1,200 parade participants from over 20 community organizations and over a dozen high school marching bands. Branson’s Adoration Celebration and Parade will continue to host their annual float contest competition where winners are selected and placed either in the category of a profit or non-profit business. The last award goes to an organization that best showcases and represents the true spirit of the parade. In 2019, The Spirit of Christmas Adoration Award was given to Dick’s 5& 10 and Aurora Faith Full Gospel Church. We wonder who is going to win this year? 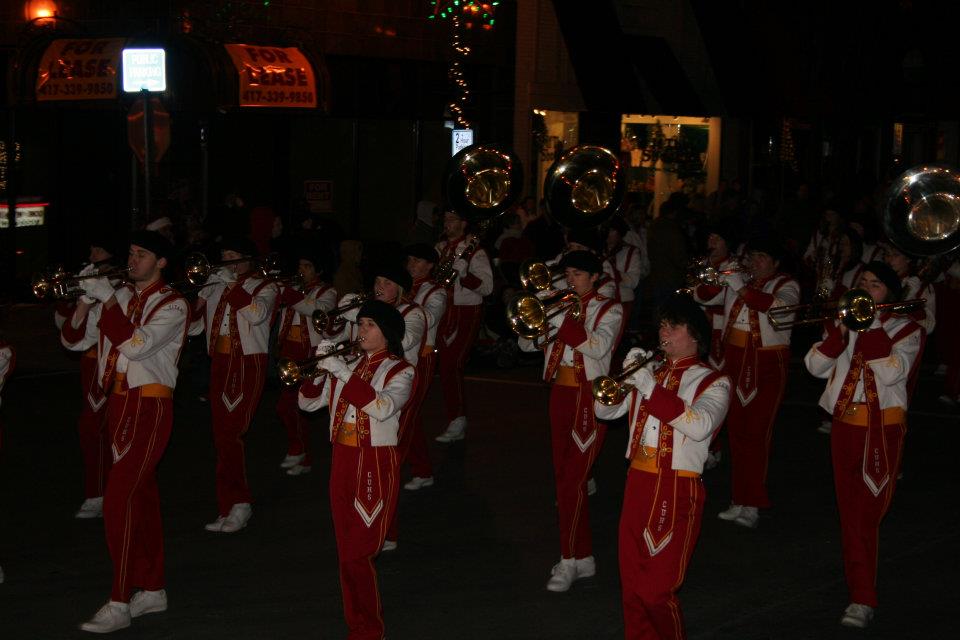 The history of the Adoration Parade all began with two local Ozark men sketching out ideas on a napkin during their lunchbreak in the late 1940s. Todd Oliver, a businessman, and Steve Miller, an artist, spent their lunch break that day brainstorming a plan to honor Jesus Christ in the community during the holidays. 72 years later, their plan has become a long running and traditional community tribute to God with the lighting of the Nativity scene commencing once a year above the waters of Lake Taneycomo. The display was refurbished in 2012 and stands an impressive 28-foot-tall and can be seen miles away. When the sun starts to set on the first Sunday  of December, the recognizable scene is lit and followed by the community’s annual Adoration Parade. See the Adoration Parade Route for 2020 here.

“The Adoration Parade is 70 years strong with a mission of Keeping Christ in Christmas. I would encourage area businesses, civic groups, churches, and other organizations to participate by entering a float and championing the legacy of this parade!”
-Ted Martin on Branson’s Adoration Celebration & Parade Facebook Page

So, when the first Sunday of December comes around, pack some chairs in the back of the car, bring your gloves, a thick coat and something warm to drink so you, and the ones you love, can partake in this timeless and touching community celebration. The parade can best be viewed along Commercial Street. Parking is limited so arrive early if possible. 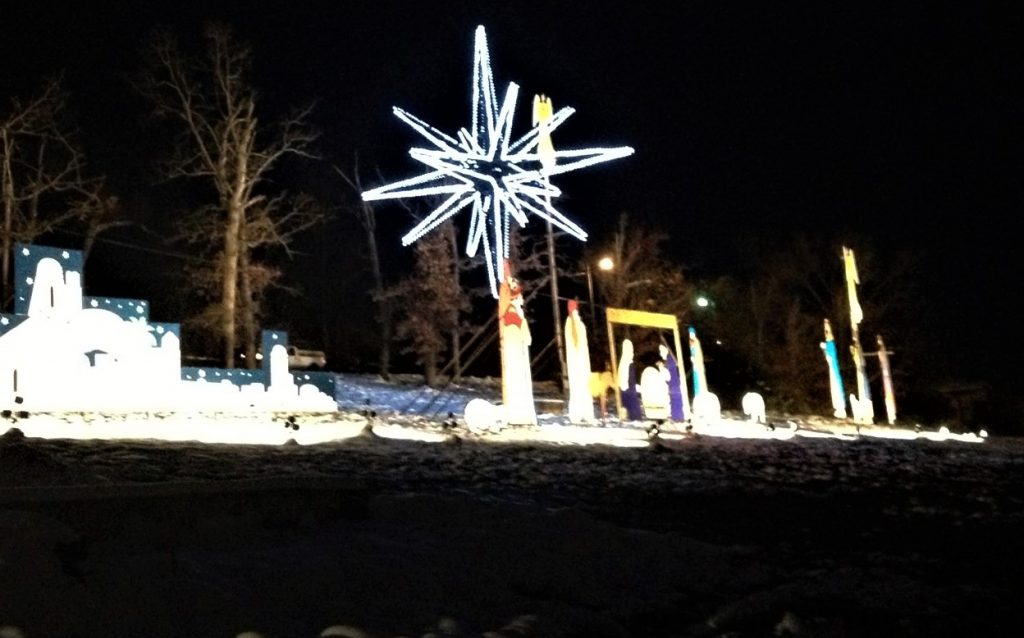 Download Branson’s largest money saving app when you download the Branson Saver App to your mobile device. See all the ways you can save and all the coupons you can have access to in a few simple steps on bransonsaver.com.